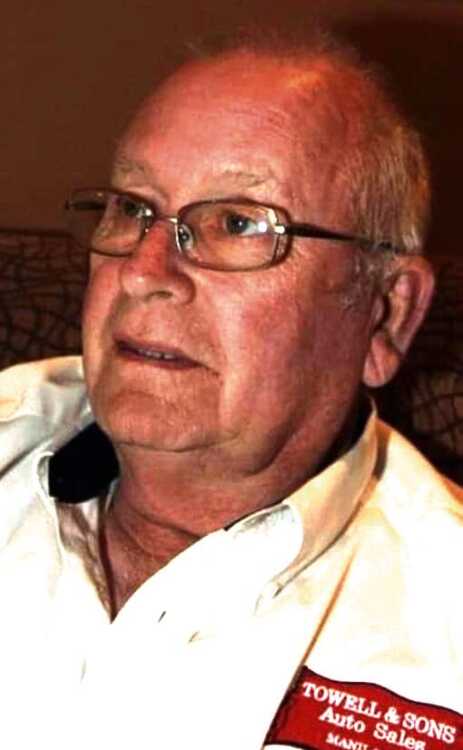 Carroll Lloyd Towell, 81, of Manila, passed from this life Sunday, Nov. 20, 2022, at St. Bernards Medical Center in Jonesboro. Born in Martinez, Calif., he was raised in Leachville and was a 1959 graduate of Leachville High School. Following high school he moved to St. Louis, Mo., and later entered the U.S. Navy, serving for six years. Carroll had been a Manila resident since 1967. An entrepreneur at heart, he founded many small businesses in the area. He was the owner and operator of the former Towell and Sons Discount Furniture Store, Towell and Sons T.V. Clinic, Towell and Sons Mini-Storage, and Towell and Sons Auto Sales. Carroll was very involved in his community as well having served in many capacities including Manila Volunteer Fire Department, Manila Lions Club, Manila City Council and the Manila Industrial Development Commission. He was a longtime member of the Leachville Church of Christ. In addition to his parents, he was preceded in death by two sisters, Janie Lewis and Joan Reis, and his son, Larry Lloyd Towell.

Survivors include his wife of 56 years, June Langham Towell of the home; two sons; Jeff Towell and Monte Middleton, both of Manila; one brother, Larry Towell of Manila. He also leaves nine grandchildren and one great-granddaughter.

Funeral service will be 2 p.m. Friday, Nov. 25, in the Howard Funeral Service Chapel in Manila with Mr. Tim Bassing and Mr. Raymond Lasley officiating. Burial with Military Honors will follow in Manila Cemetery. The family will receive visitors Friday from 11:30 until service time at the funeral home. Friends may sign the online guest register at www.HowardFuneralService.com