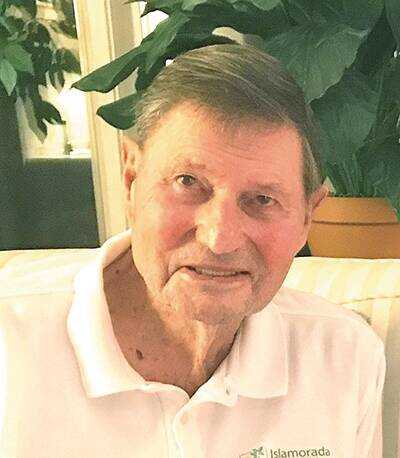 Charles was the second child born to Charles and Frances Afflick in Memphis, Tenn., and was raised in Blytheville. He graduated from Kemper Military Academy in Booneville, Mo. After graduating from Kemper, he attended the University of North Carolina at Chapel Hill where he was member of the Phi Delta Theta fraternity. He served his county with honor in the United States Air Force. After serving his country, he returned to Blytheville where he was a lifelong farmer. In 1949, he married the love of his life, Carter Boatwright in Danville, Vir. Together they had three children, Carter, Charles III and Sally. Charles was an avid sportsman and always excelled in whatever sport he played. He enjoyed fishing, playing racquetball and he loved playing tennis with Carter. They took great joy in meeting new people on their numerous travel adventures.

In addition to his parents, he was preceded in death by his wife of almost 70 years, Carter; daughter, Sally; and sister, Jeanie Hartigan.

Charles is survived by his children, Carter Whisenhunt and her husband Brock of Little Rock, Charles III and his wife Lynn of Jacksonville, Fla., and Reagan and his wife Allison of Fayetteville; grandchildren, Jennifer, Blair, Brock, Annie and Mary Charles; and five great-grandchildren.

The family would like to give special thanks and appreciation to his dedicated caregivers Shirley, Nicole, Finda and Sandra.

Graveside services will be held Friday, Sept. 9, at 11 a.m. in Elmwood Cemetery. In lieu of flowers, the family requests memorials be made in Charles’ honor to the Blytheville Humane Society, 2530 Arizona Street, Blytheville, AR 72315 or to the Mississippi County Library System. Condolences may be expressed to the family at www.cobbfuneralhome.com.