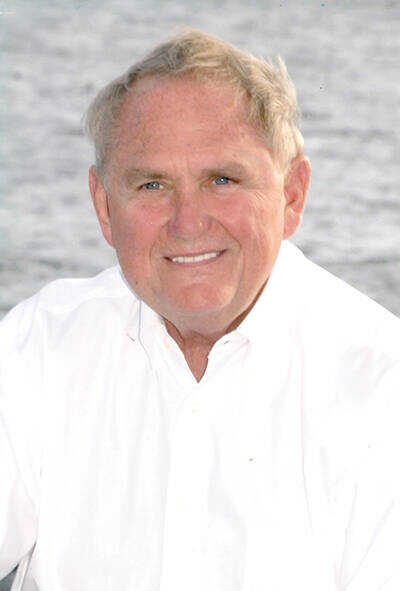 Alvin “Bo” Huffman, III, 82, of Fairhope, Ala., died Aug. 31, 2021. The son of Alvin Huffman, Jr. and Virginia Myrick Huffman, he was raised in Blytheville. He was predeceased by his first wife, Jane Lewis Huffman, and is survived by his wife, Sally Cook Huffman. He graduated from Blytheville High School in 1957 and the University of Arkansas in Fayetteville in 1961, where he was a member of the Razorback football team and Sigma Chi Fraternity. He served proudly as an officer in the United States Navy from 1962-1965, and received his MBA from the University of Chicago Booth School of Business in 1967. He returned to Blytheville, joining Farmers Bank & Trust Co., where he worked for 43 years and became CEO and president. He genuinely loved serving his community and treasured the relationships he developed through his work. He committed himself to helping others share in his passion for learning by teaching for many years at the Northeast Arkansas Community College and the Blytheville Air Force Base Education Center. Bo lived a life of discipleship and was a trustee at First Baptist Church while also teaching adult Sunday school for many years. He served on the boards of Baptist Memorial Hospital in Memphis, the Arkansas Council for Economic Education, and the Mississippi County Hospital; and was the president of Blytheville Unlimited and the Blytheville-Gosnell Chamber of Commerce. He was an avid gardener who delighted in the challenge of growing new plants and he loved to read––especially history and economics. Bo strived to do the right thing, to treat everyone with fairness and respect, and to have integrity in his daily life. Most important, he was always involved in the lives of his children and grandchildren, and they cherished their conversations with him.

The family will receive visitors Wednesday, Sept. 8, from 11 a.m. to 12 p.m. at First Baptist Church (715 W. Walnut St., Blytheville, AR 72315). A funeral service will be held Wednesday, Sept. 8, at 12 p.m. at the same location, followed by a graveside service at Maple Grove Cemetery (1320 W. Willow St., Blytheville). In lieu of flowers, donations may be made to the First Baptist Church, Blytheville or a charity of choice. Due to the COVID-19 pandemic, face masks are encouraged. Condolences may be expressed to the family at www.cobbfuneralhome.com.