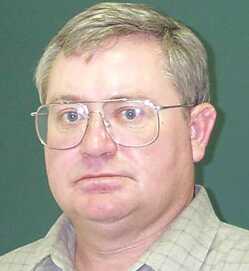 David Carl Tennyson, 68, formerly of Blytheville, AR via Steele, MO, died Sunday, Feb. 7th 2021 at his home in Columbia, MO. He went peacefully in his favorite chair with a glass of truly awful Canadian Whiskey near at hand and is most likely pleased that he didn’t have to sit through that Super Bowl.

David was born August, 16, 1952 in Ironton, MO to R.C. Tennyson and Robbie Sue Tennyson. Soon after the family moved back to Steele and began operating the Steele Enterprise newspaper in 1956. David would graduate from S. Pemiscot HS and attended college at Millsaps, Southwestern and Memphis State University. While an excellent student, David remained 6 credit hours short of graduating college. This is widely blamed on distractions from his “California Girlfriend” Sandra. However, what was once a distraction became a deep companionship of 44 years. David and Sandra married in 1975 and continued bickering at each other until her death last year.

David would take over the family business in 1980, eventually expanding to become the publisher of the Village News and the Osceola Citizen-Journal and later the Blytheville Courier News, Osceola Times and Caruthersville Democrat-Argus. He truly enjoyed being a part of the community through the newspaper business and formed many lifetime friendships with the contacts made there.

If you didn’t know David from the newspaper office then it’s likely you ran across him at the various baseball fields in Blytheville. He spent the better part of the 80’s and 90’s coaching and supporting his children’s athletic aspirations. He could often be seen pulling into practice in a Ford Ranger with 10 little leaguers hanging on in the truck bed. Practice was important. Seat belts were a little more optional back then...

David also began playing golf while a student at Millsaps. This obsession stayed with him for the rest of his life. While he would admit that his swing wasn’t the prettiest and often produced colorfully named shot types (fat toe-hook comes to mind) he did manage to get the ball in the hole in fewer shots than just about anybody. This led to several Club Championships and many humbling defeats for his adult children even in his later years.

David is survived by his three sons, Jeff Tennyson, Kit Tennyson and Zach Tennyson. All currently of Columbia, MO. Two grandchildren, Alex and Bo Tennyson of Columbia, MO. His mother, Robbie Sue Glover and Step-Father Carl Glover both formerly of Steele but now also residing in Columbia and his sister Karen Tennyson of Fulton, MO.

He was preceded in death by his wife of 44 years, Sandra Tennyson and his father Robert. C. “Rusty” Tennyson of Steele, MO.

No funeral or memorial service is immediately planned. Friends and family members will be notified when we can all get together again and swap some stories. There are rumors of an open bar of which I can neither confirm nor deny.