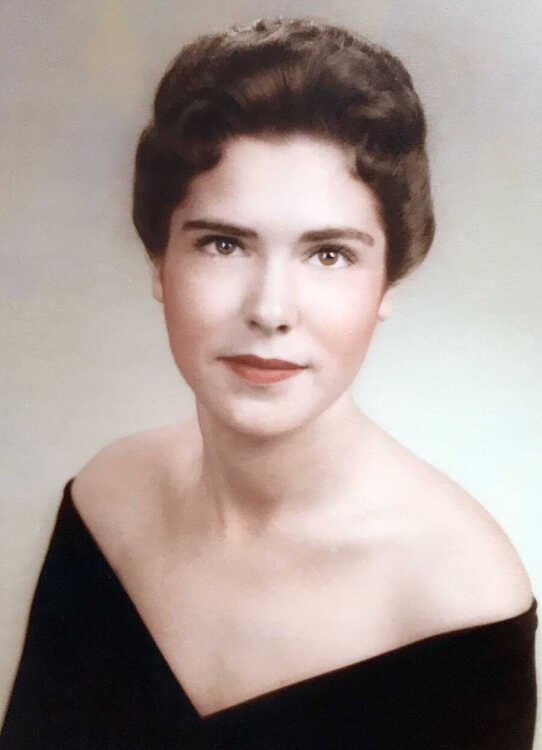 Joan “Jo-Ann” Brewer Thompson passed away Jan. 2, 2021, at her home in Marked Tree at the age of 85. Joan was born Nov. 11, 1935 in Lepanto to parents Henry Ervin Brewer and Maddie Odell Moore Brewer.

She is survived by her husband Bill Thompson; her two sons, Billy Thompson (Don May) of Memphis, Tenn., and Allan Thompson (Kevin Falk) of Kauai, Hawaii. She also leaves her sister, Mary Elizabeth Weeks of Bruce, Miss.

Joan was born and raised in and around Marked Tree. She was one of 13 children of Ervin and Odell Brewer. She married Bill Thompson in 1960 and immediately began traveling around the U.S. and the world during his 20 year career as an officer in the Army. In addition to raising two sons, she was active in the Officers Wives’ Club serving on boards and as president. They moved back to the Marked Tree area after Billy retired from the Army where she continued her volunteer work with the Marked Tree Historical Society, Marked Tree Library, Poinsett County Library, Tri-City Cultural Council, First Methodist Church, and Progressive Women’s Club. In recognition of her service to the community, she was awarded the “Citizen of the Year” by the Marked Tree Chamber of Commerce. Joan was also active in the Democratic Party serving as president of the Democratic Women of Poinsett County and a board member of the State Democratic Party of Arkansas. She was passionate in every aspect of her life and cherished her roles as daughter, sister, wife, mother, aunt, in-law, friend, and bridge partner.

At Joan’s request, there will be no public services held.