Police looking for 17-year-old in connection with robberies 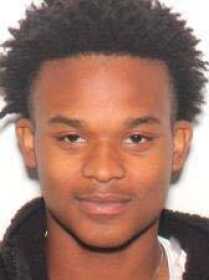 The Blytheville Police Department currently has warrants for robbery for Kadarrius Johnson, according to Capt. Jeremy Ward.

"Johnson is 17 years old and has previously been adjudicated as an adult and is listed as an absconder with probation and parole," Ward said. "Warrants for robbery have also been obtained for a juvenile. The Blytheville Police Department is also actively investigating a rash of recent armed robberies at the following locations: Dollar General on North Sixth Street; Kream Kastle on North Division; Family Dollar on West Main."

If you have any information about the whereabouts of Johnson or any information relating to the recent robberies please contact the Blytheville Police Department at 870-763-4411 or Crimestoppers at 844- 910-STOP(7867)."