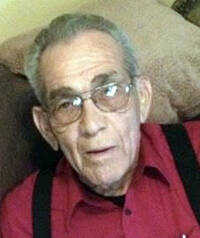 He was born in St. Louis, Mo., and moved with his family to Osceola as a young child. He was a 1957 graduate of Osceola High School.

A patriot all his life, Terry proudly served in the United States Army and was a veteran of the Vietnam War.

Terry was united in marriage to Linda Anne Smith on Saturday, Nov. 11, 1961, in Blytheville. After moving around the country with the U.S. Army, the couple eventually settled in Blytheville, where Terry would spend more than four decades maintaining an immaculate yard with award winning rose bushes. An engaged member of the Blytheville community, he spent many years as a member of the Optimist Club and served as Scoutmaster for the local Boy Scouts of America.

Upon his honorable discharge from the U.S. Army, Terry began work as a meat cutter at Kroger. He went on to spend several years traveling around the region as a top salesman for King Cotton meat products. He was the market manager for IGA, before going to work for locally owned grocery store, Hays. Upon his retirement, Terry had spent 25 years as the meat supervisor for Hays Stores, Inc.

In 2016, Linda and Terry moved to Steele, Mo., where they were members of the Steele Church of Christ. Over the years, Terry participated in many bible studies and enjoyed teaching bible class until his hearing no longer permitted.

An avid woodworker, virtually everyone Terry met was gifted a birdhouse, many of which can be seen throughout Blytheville and Steele. As his health declined, he became an ardent puzzle solver, putting together more than one hundred 1,000 piece puzzles in the past few years. He found great joy outdoors, with his dachshund Roxy, where they fed the birds and squirrels in his yard daily until the time of his death. Terry will most be remembered for his work ethic, servant’s heart, and love for his family.

He was preceded in death by his parents, Fred and Polly Manie of Osceola; sister-in-law, Betty Manie of Denton, Texas; son-in-law, Jim Hamm of Memphis, Tenn.; and recently, his beloved wife of 58 years, Linda.

A memorial service will be held later this month. Condolences may be expressed to the family at www.cobbfuneralhome.com.