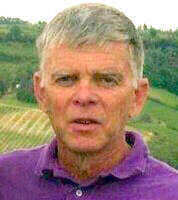 Dr. Sanders was born July 20, 1951, and grew up in Lepanto. After graduating from Lepanto High School in 1969, Richard attended the University of Arkansas before gaining early admission to the University of Arkansas Medical School in 1972. Richard chose to pursue family medicine as a specialty and completed his residency training through LSU School of Medicine in New Orleans. After completing residency training, he served as a captain in the Air Force and was stationed at Barksdale Air Force Base in Bossier Parish from 1978-1980.

Richard’s medical training took him to various charity hospitals throughout the state of Louisiana and he discovered Cameron Parish while rotating through Moss Regional Hospital in Lake Charles, La. Dr. Sanders started his Creole clinic in 1981 and practiced there until Hurricane Rita in 2005. After Hurricane Rita, Dr. Sanders practiced with the Imperial Health Physicians group in their Moss Bluff clinic until his retirement last year.

Dr. Sanders began every morning with Bible study, devotional prayer, and most importantly, prayer for his family. Dr. Sanders was an avid outdoorsman. He enjoyed deer hunting in Mittie and West Texas, hiking, fishing and kayaking. He also loved traveling and Friday get togethers with friends.

Funeral services were 12 p.m. Monday, Sept. 7, at Johnson Funeral Home of Moss Bluff. Reverend Bill Saxby officiated. Interment followed in Highland Cemetery. Visitation was Monday from 10 a.m. until the time of service in the funeral home.

Words of comfort to the family may be expressed at www.johnsonfuneralhome.net.

He is preceded in death by his parents, Dr. and Mrs. Thomas Randle Sanders, and his brother, John Sanders.

Dr. Sanders is survived by his loving wife, Lenora Comeaux Sanders; his two children, Dr. Matt (Julie) Sanders of Fort Myers, Fla., and Lauren (Brent) Sanders Wilson of Baton Rouge, La.; and his two stepchildren, Ryan King of Houston, Texas, and Allison King of Honolulu, Hawaii. He is also survived by four grandchildren, Edward and Anthony Sanders and Camille and Caroline Wilson, along with his sister, Camille Thomas of Vicksburg, Miss., and mother-in-law, Alice Comeaux of Abbeville.