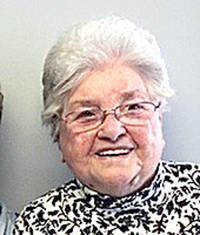 Bertha Juanita Gray Murphree, 96, of Leachville, passed from this life Saturday, June 6, 2020, at the Craighead County Nursing Home in Jonesboro. Born in Leachville, she was the daughter of the late Harlis and Zona Alice Frew Roberts and had lived many years in Niles, Mich. In 1946 she married the father of her children, Mr. Alvie Gray. After his death in 1984, she returned to Leachville. Years later she married Mr. William Murphree and he died in 2002. She was a homemaker and of the Pentecostal faith. In addition to her parents and husband, she was preceded in death by one son, Richard Gray in 1969, nine brothers and three sisters.

Graveside services will be 11 a.m. Thursday in the Leachville Cemetery with Rev. Mark Wheeler officiating. The family will receive visitors Thursday morning from 10 until 10:45 at the funeral home. Burial will be under the direction of Howard Funeral Service of Leachville. Following State of Arkansas guidelines, face masks will be required inside the funeral home and social distancing will be required at all times.