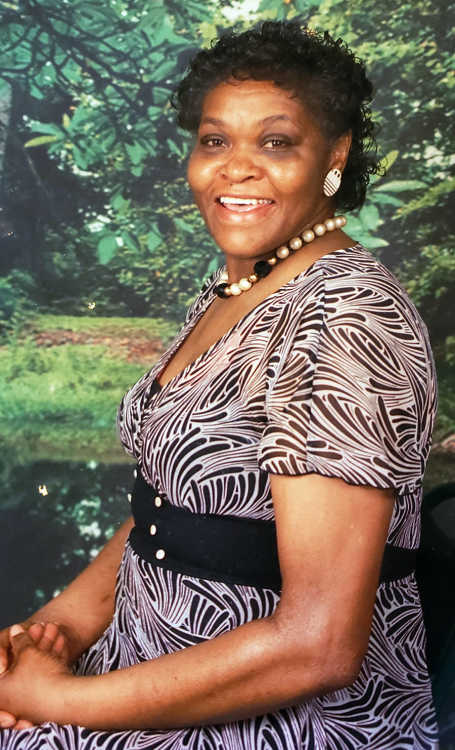 Debbie Anette Robinson was born April 11, 1959, in Blytheville to Love and Luecressie Sanders Robinson. Debbie was a graduate of Blytheville High School class of 1977. She was known in this community for her beautiful gift of song. Her favorite songs were Precious Lord, Any Given Sunday, and I’ve Been in the Storm too Long. Debbie was baptized at an early age at Westend Missionary Baptist Church under the leadership of Reverend P.J. Yancy. Later in life she joined Open Door House of Prayer where Dr. Henry Mays was her pastor.

Debbie worked for many years at Bush Canning Factory as well as Sunrise Daycare. Debbie had a warm smile, a welcoming personality and a beautiful sense of humor, she never met a stranger.

Debbie transition Sunday, May 3, 2020, at Lake City Nursing Center in Lake City, Arkansas at the age of 61. Debbie was preceded in death by her parents, two brothers, Charles Robinson and Eddie Robinson, and three sisters, Leeothia Washington, Maxine Johnson and Catherine Robinson.

A walk-through visitation will be held Saturday May 9, starting at 11 a.m. until 12:45 p.m. ALL entering the funeral home are required to wear a mask and observe social distancing of six feet to prevent the spread of the COVID-19 Virus.

A private Celebration of Life Service will be held immediately following the visitation on May 9, 1 p.m. in the chapel of McDonald-Horne Funeral Home for immediate family only. Dr. Henry Mays will deliver the eulogy with burial at Gethsemane Gardens Cemetery.