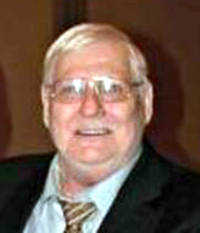 Tommy Lee Baker, 72, of Bryant, former Manila resident, passed from this life Monday, April 20, 2020, at his home. Born to the late Lee and Berniece Holsclaw Baker, he was a 1966 graduate of Manila High School and a U.S. Army veteran of the Vietnam War. A former officer with the Blytheville Police Department, he later joined the Arkansas State Police as a detective before establishing his own private investigative service. Tommy was a member of the Herman Davis American Legion Post #197 and the Veterans of Foreign Wars. He was a private pilot and aviation enthusiast and enjoyed playing guitar. In addition to his parents he was preceded in death by two sisters, Marsha Miller and Mavene Beaird, and two brothers, L.B. Baker and Joe Baker.

Private services with military honors will be under the direction of Howard Funeral Service of Manila. Burial will be in the Arkansas State Veterans Cemetery in Birdeye. Friends may sign the online guest register at www.HowardFuneralService.com.