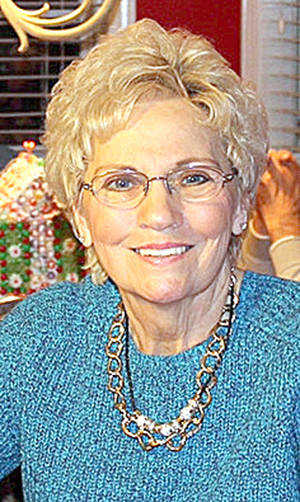 Dora J. Layman, 77, of Jonesboro, passed from this life on Monday, April 6, 2020, at Morningside Assisted Living Center in Jonesboro. Born in Weona, Dora grew up in Marked Tree and was a 1960 graduate of Marked Tree High School. She worked several years for Ritter Telephone Company in Marked Tree before retiring and moving to Jonesboro 23 years ago. Dora was a member of First Assembly of God in Jonesboro and enjoyed reading the Bible, gardening and canning. She also enjoyed crocheting, RVing with her husband and taking cruises. But her greatest joy was spending time with her family especially her grandchildren and great- grandchildren. Dora was preceded in death by her parents, Sloan and Ruth Turnbow Dailey; a grandson, Zachary Paul Layman; a great-grandson, Maddox Layman; one sister and one brother.

All services will be private with Emerson Funeral Home in charge of arrangements. There will be no visitation. For lasting memorials the family asks that consideration be given to St. Jude Children's Hospital, 262 Danny Thomas Place, Memphis, TN 38105.