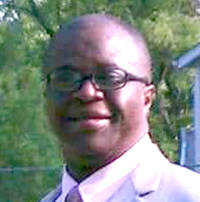 Billy, as he was affectionately known by his loved ones and peers, spent his childhood in Burdette, and upon his high school graduation he joined the United States Air Force. After completing his service in the Armed Forces, he lived in Michigan and Indiana. Eventually he moved back to his native home of Burdette where he resided until his death.

His mother, Charlie Ann McKinney, preceded him in passing. He will be dearly missed by his aunts, uncles and many cousins.

Billy was known for his easy going spirit and sense of humor. His memory will be cherished by those who knew and loved him.

Graveside service will be held at 1 p.m. Saturday, March 7, at the Sandy Ridge Cemetery in Burdette. Celebration of Life will be held immediately following interment at the Burdette School Cafeteria in Burdette. Rev. Leroy Nash will officiate.

Arrangements are entrusted to Stephens Funeral Home in West Helena.