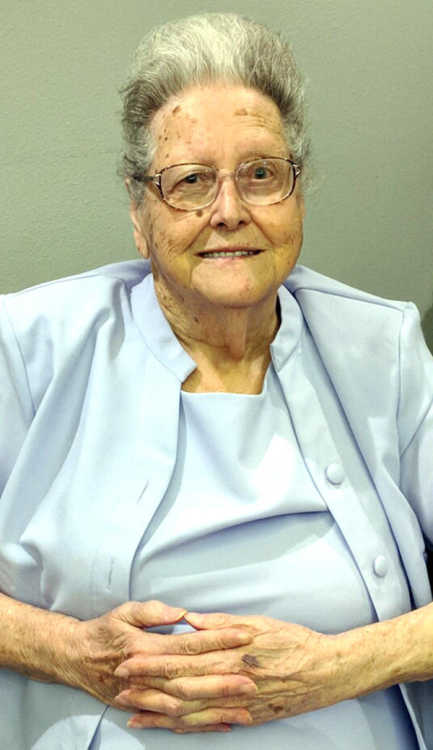 Maxine was born April 17, 1925, in Senath, Mo. She was the daughter of Dora (Watkins) and James Edgar Buford.

Maxine was a member of Sanctuary church. She was a follower of Christ and passionate about sharing her faith with others. Maxine loved her family and they were important to her. She was happiest when she spent time with them. She was a strong lady who fought hard to live everyday with purpose. She took up painting at the age of 94 and enjoyed it thoroughly.

Funeral services will be held Saturday, Feb. 8, at 11:30 a.m. in the Cobb Funeral Home Chapel with Rev. Kenneth O’Connell officiating. Burial will be private. The family will receive friends from 10 a.m. until service time at Cobb Funeral Home.

In lieu of flowers, the family requests memorials be made to North Tenth Street Baptist Church in Blytheville or Sanctuary Church in Jonesboro. Condolences may be expressed to the family at www.cobbfuneralhome.com.