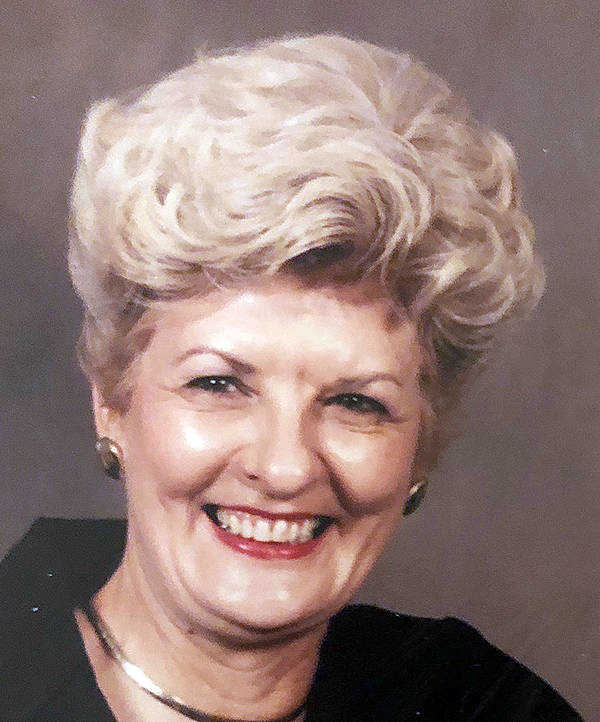 Kathryn Martin Simpson passed away peacefully on Sunday, Dec. 22, 2019 in Little Rock. She was born in 1932 in Blytheville to Hilda and Sterling Martin. She graduated from Blytheville High School in 1950 and attended the University of Arkansas. She married Russell Simpson on May 18, 1952.

Beautiful, elegant, vibrant, and gracious, her greatest joy was her husband and children. They lived for many years in Dell, where Mr. Simpson was a farmer and business owner. They had two sons, Russell Jr. (Rusty) and Wade Martin (Marty). Mrs. Simpson loved being a mother and a homemaker and was an active supporter of her husband’s and sons’ endeavors, as well as a caring and devoted daughter and sister.

With her family raised, Kathryn opened a children’s clothing store, and later was a real estate agent in Blytheville. Kathryn served in the PTA and the Altar Society. She played bridge, made crafts, and travelled extensively. She enjoyed entertaining her family and friends. She was a life-long devoted and faithful member of the Catholic Church.

Mrs. Simpson was preceded in death by her parents, her husband, and her brother, Dr. Sonny Martin of Paragould. She is survived by her sons and their families: Rusty and Cathey of Little Rock, and Marty and Melissa of Decatur, Ala. She is also survived by grandchildren Kathryn and Tim Hyde of Little Rock, Chris, Grace, and Matthew Simpson, and Emily and Clay Keenum of Alabama, her sister-in-law Sally Martin of Paragould, six great-grandchildren, and many nieces and nephews.

In lieu of flowers, the family requests memorials be made to the Alzheimer’s Association of Arkansas, or the Immaculate Conception Catholic Church of Blytheville. Condolences may be expressed to the family at www.cobbfuneralhome.com.