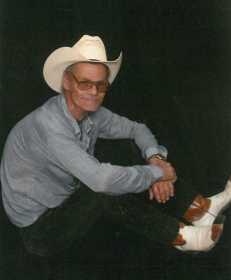 Rhul was born to Rhul Wesley and Mable Beatrice (Turner) Keller in Eastman, Oklahoma. He was a retired truck driver and called Eastman Baptist Church his church home. He served his country honorably in the United States Army. Rhul served two tours of duty in the Vietnam War and was awarded a Purple Heart. During his military career, Rhul earned many medals and badges including the Bronze Star, Combat Infantry Badge, the National Defense medal, Republic of Vietnam SVC and the Air Combat Assault medal.

He was preceded in death by his parents; brother, Richard Wesley Keller; and sister, Queatha Jo Gonzales.

Funeral services will be held Friday, October 13 at 2 p.m. in the Cobb Funeral Home Chapel with Rev. Jimmy Russell officiating. Burial will be in Eastman Cemetery in Eastmon, Oklahoma. The family will receive friends from 1 p.m. until service time at Cobb Funeral Home. In lieu of flowers, the family request memorials be made to the Blytheville Humane Society. Condolences may be expressed to the family at www.cobbfuneralhome.com.