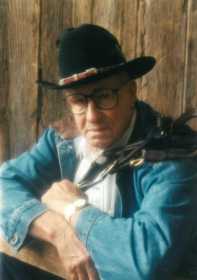 Robert was born in Roseland to William and Vera (Owens) Baughman. He was retired from the United States Army, where he served his country honorably during the Vietnam and Korean Wars. Robert was a Mason, Shriner and a member of the American Legion. He enjoyed his horses for many years, fishing and dancing with his friends.

He was preceded in death by his parents; three brothers, Thomas, Haskell, and William “Buddy” Baughman; one sister, Frances Baughman; and one granddaughter.

Funeral services will be held at 10:30 a.m. on Friday, October 6 in the Cobb Funeral Home Chapel with Dr. Max Briley officiating. Burial will follow in Elmwood Cemetery with full military honors. The family will receive friends from 6 p.m. until 8 p.m. on Thursday evening at Cobb Funeral Home. Condolences may be expressed to the family at www.cobbfuneralhome.com.