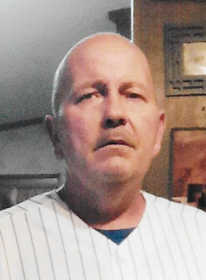 Johnny Murriel Hitchcock, 49, of Jonesboro, passed from this life Wednesday, Aug. 16, 2017, at his home. Born in Blytheville, he was the son of the late Lodie Shields and Shirley Ann Hitchcock and had been a longtime resident of Chicago, Ill., before making his home in Jonesboro in 2006. He was employed as a landscaper for Doug's Lawn Service and had attended The Rock Church in Jonesboro.

In addition to his parents, he was preceded in death by one brother, Keith Leroy Hitchcock.

Funeral services will be at 2 p.m. Saturday, Aug. 19, at the Howard Funeral Service Chapel in Manila with Reverend Mark Wheeler officiating. Burial will follow in the Manila Cemetery.

The family will receive visitors Saturday from noon until service time.