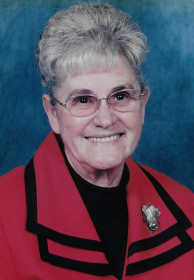 Marcella Duggur Vick, 81, of Pocahontas, passed from this life Thursday, Jan. 12, 2017, at the NEA Baptist Memorial Hospital in Jonesboro. Born at Olive Hill, Tenn., she was the daughter of the late Harve Edward and Virgie Belle Phillips Downing and was raised in the Lost Cane community near Manila. She moved to Pocahontas in 1972 and had worked for Pro Group Manufacturing for many years and later retired from Superior Care. She received her GED at the age of 60, then received an associates degree from Black River Technical College.

The family received visitors Monday from 10 a.m. until service time at the funeral home.