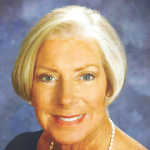 Ms. Jannene "Jan" Rose Sinclair, 67, of Blytheville passed away at home on Tuesday, October 25, 2016. She was born in Memphis Tennessee on June 12, 1949 to James and Rosa Sinclair. She was a faithful member of First Baptist Church, but enjoyed attending special services and events at other local churches as well.

To her students she was "Sinclair." She molded generations of students who adored her sharp wit and endless laughter.

She came to Blytheville to start her teaching career in 1971. She was an A P English teacher and a Counselor for Blytheville High School. She also worked at Osceola and Armorel High Schools. She sponsored the cheerleading squad and was the heart and soul of the BHS Key Club. After working 34 years she officially retired in 2015.

She was a member of PEO Chapter C. I. and she was very involved in Blytheville Kiwanis. Through Kiwanis she became involved as a sponsor for the Missouri-Arkansas District of Key Club International. She mentored countless high school students throughout the country.

She loved to travel, had a great sense of humor, and was a great cook. She was famous for her cheese biscuits. When her English kids did well she rewarded them with homemade cheese biscuits. She loved classical literature and classical music. She bled maroon & white and was a diehard Blytheville Chickasaw fan!

She was preceded in death by her parents; and her dogs: Bandit, Beau, and Scout.

Funeral services will be Saturday, October 29th at 2:00 p.m. in Carney Funeral Home Chapel with Dr. Tommy Carney officiating. Visitation will be 12:00-2:00. Burial will follow in Elmwood cemetery. Condolences may be offered at carneyfuneralhome.com.