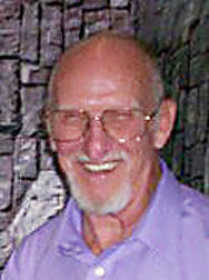 Mr. Ronald Arthur David was born Aug. 10, 1939, in Haverhhill, Mass., to Victor and Florence David. He was a retired machinist. He was also in the Air Force and a Vietnam veteran.

Mr. David departed this life Sunday, Aug. 18, 2013, at the Great River Medical Center in Blytheville at the age of 74.

He was preceeded in death by his parents, Victor and Florence David; one sister, Louise Torh of Ohio; one son, James David; and a granddaughter, Tabitha "Sissy" David.

He is survived by his wife of 53 years, Dorothy David of Blytheville;

A daughter, Denise David of Jonesboro;

One son, Ronnie (and Tracy) David of Blytheville;

One sister, Sheila Chase of Texas;

His grandchildren, Jeremy and Amanda Knuth, Chad Knuth, Becky and Hunter Hughes and Dakota David, all of Blytheville, and Kristin Richmon and Megan Davis of Jonesboro;

His great-grandchildren, Callie Knuth, River and Sadie Knuth, Hunter Holland and Taelyn Casey, all of Blytheville, and Haley and Luke Richmon of Jonesboro; and

Two of his closest and dearest friends, John Hensley and Billy Stabbs.

A visitation will be held from 6-8 p.m. Thursday at Wilson Funeral Home in Blytheville. There will be no funeral service. In lieu of flowers, please donate to St. Jude Children's Hospital in memory of Mr. David's granddaughter, Tabitha "Sissy" David.