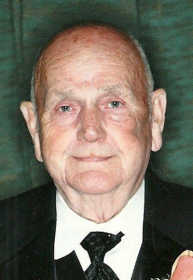 Mr. Hershel "Hoyt" Johnson, 77, of Crown Point, Ind., formerly of Manila, died Saturday, June 4, 2011, at the St. Margaret Mercy Hospital in Dyer, Ind. Born Jan. 23, 1934, he was the son of the late R.V. and Ada Southern Johnson and was raised in Northern Arkansas. He was a longtime resident of Hammond, Ind., where he was the owner and operator of Pin Bowl Lanes.

After retiring he moved back to Leachville where he began trucking for the late Don Shinn and the late Darrell Johnson, both of Leachville. He was an avid bowler and was inducted into the Bowling Hall of Fame in 2008.

Mr. Johnson loved his family, Nascar racing, gardening and his recliner. His morning routine was to sit in the shade in his garage and wave to people passing by. He was always willing to help anyone who needed him. He was a loving husband, dad and paw-paw and will be missed by all of his family and friends.

In addition to his parents, he was preceded in death by his loving wife, Helen Starkey Johnson; and two brothers, Eugene Johnson and Darrell Johnson.

He leave a son, Ronnie Johnson and his wife, Mary, of Griffith, Ind.;

Two daughters, Anita Hobgood and her husband, Bud, of Slaughters, Ky., and

Gail Crague and her husband, Rick, of Crown Point, Ind.;

Funeral services will be held at 11 a.m. Friday in the Howard Funeral Chapel in Manila with the Rev. Robert White officiating. Burial will follow in Manila Cemetery. The family will receive visitors from 6-8 p.m. today at the funeral home in Manila. To view the online video tribute and to sign the guest register log onto www.howardfuneralservice.com