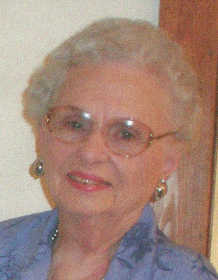 Born at Dell, she was the daughter of the late Dewey and Pearl Magers Sheppard and was a lifetime Dell resident. Mrs. Knight was a graduate of Dell High School and attended the former Memphis State University. She was a longtime organist for her beloved Dell United Methodist Church and especially enjoyed her weekly bridge game with ladies of the Big Lake Country Club. In addition to her parents, she was preceded in death by her daughter, Vailima Jane Knight.

She is survived by her husband of 58 years, Mr. William Knight;

Two sons, Billy Knight and his wife Mary of Dell, and Lee Knight of Dell;

Her grandchildren, Nickie Shumacher and her husband Chris of Sheridan, and Sam Knight of Dell; and

Memorial Services will be at 2 p.m. Tuesday at Dell United Methodist Church, with the Rev. Marilyn Webb officiating. The family will receive visitors following the service at the church. Friends may sign the online guest register at www.howardfuneralservice.com.