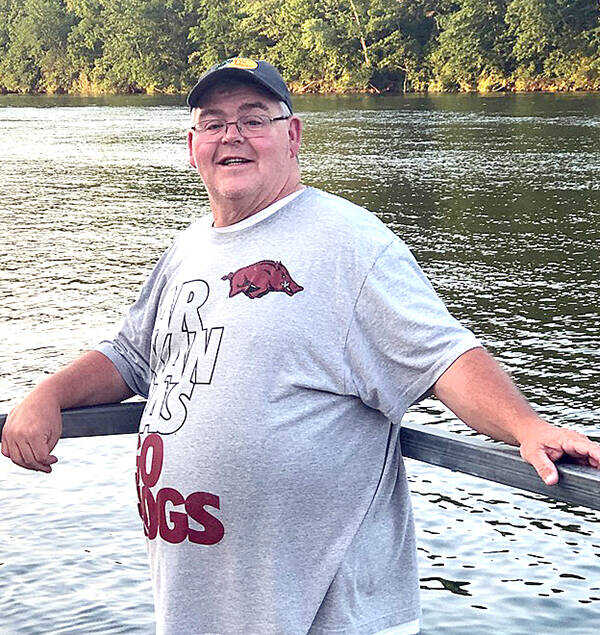 Jim Ivon Jones of Manila passed from life Friday, Nov. 19, 2021, at Evening Shade. Jim was born Oct. 5, 1964, in Osceola to Wayne Thomas Jones and Margarett (Walker) Jones. He is a lifelong resident of Manila and graduate of Manila High School. He was preceded in death by his mother, father and his brother, Jerry Jones.

Jim parted from life on Friday, Nov. 19, 2021, doing one of his passions of deer hunting. He was an avid hunter, fisherman, Manila Lion, Steelers and Arkansas Razorback fan. He worked for Southworth of Manila for 18 years. When he was not working, he could be found umpiring baseball games, coaching pee-wee football or any other of the teams his sons were playing on. He always managed to find time to sneak away to fish at a Big Lake or go hunting with his brothers.

At the age of 40, he suffered a stroke that caused paralysis to his right side. Most people would have allowed a stroke to slow them down, but not Jim. He used it as inspiration to make every moment count. He spent every moment living for his family and friends. He made sure to attend every event, program and celebration for his grandchildren, nieces and nephews. He spent the reminder of his life touching others with his humor and kindness daily. We are reminded daily that everyone needs a “Jim” in their lives and he will be greatly missed.

The family will be having a memorial service to honor his life and memory on Monday, Nov 22, 1 p.m. at the 1st United Methodist Church of Manila.

Tri-City LLC Crematory Funeral Home is honored and privileged to serve the family of Jim Jones. Online condolences may be expressed at http://www.Tri-CityLLC.com.