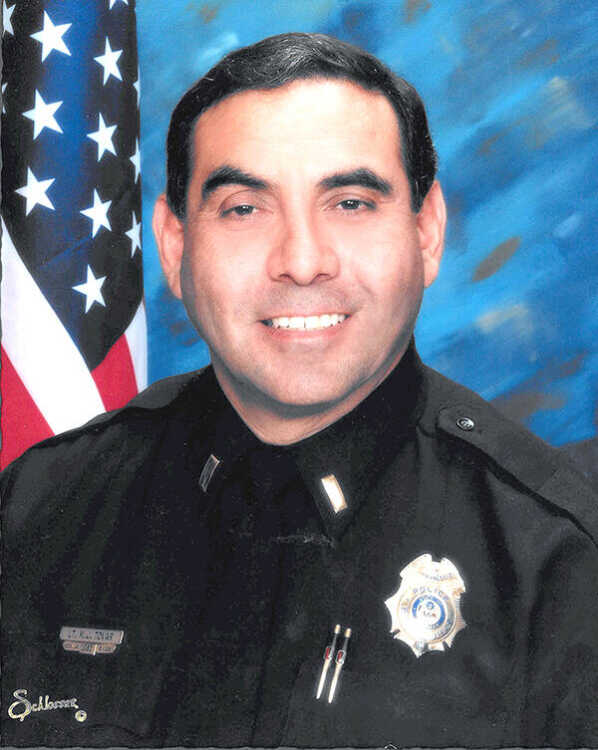 Michael Joseph Tovar, Sr. passed away Sept. 25, 2021 in Mountain Home. He was born to Evanjelina Torres on Sept. 7, 1954, in Osceola. He graduated from Blytheville Senior High School in 1973. He began his career with the Blytheville Police Department Jan. 1, 1982, where he served faithfully. Mike was responsible for starting the Blytheville Schools DARE and GREAT programs. He was appointed by the Governor of Arkansas as the very first President of Arkansas’s DARE Association. He was the coordinator of the Arkansas Special Olympics in Northeast Arkansas. He proudly retired at the rank of lieutenant on Sept. 23, 2002, at which time he relocated to Mountain Home.

In Arkansas Mike was a member of the Free and Accepted Masons where he served as Worshipful Master of Chickasawba Lodge #134, in Blytheville. He is a member of Yellville Lodge #117. He was President of the Sahara’s Shrine club of Mississippi County. In 2008 he was appointed District Deputy Grand Master by the Grand Lodge of Arkansas. He was a member of The Order of the Eastern Star where he served as Worthy patron of Blytheville Chapter #279 and Mountain Home Chapter #202 where he is still a member. He is a member of the Benevolent and Protective Order of Elks, Mountain Home #1714.

His family always came first and foremost in his life. He did everything within his power to keep them safe. One of his grandson's favorite quotes was “Paw-Paw can fix it," and that everything tasted like chicken.

Mike loved his Lord Jesus and often talked with him. When his soul returned to God he knew his family would be well watched over by his Lord.

He was preceded in death by his beloved grandmother, Lupe Tovar; father and mother-in-law, Cecil and Grace Hoskins; and his beautiful daughter, Michelle Tovar Aaron.

A visitation will be held on Thursday, Sept. 30, from 12-1 p.m. at Fairview Church with a service to follow at 1 p.m. Burial will be at Fairview Cemetery with Law Enforcement Honors provided by the Blytheville Police Department Honor Guard. Arrangements are by Kirby and Family Funeral and Cremation Services - Mountain Home. Visit an online obituary and guestbook at www.kirbyandfamily.com.