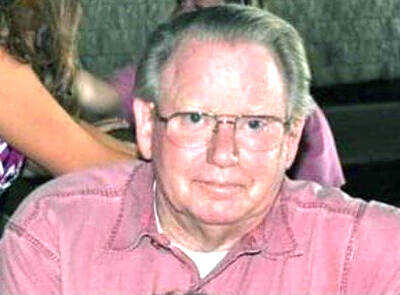 Lloyd G. Russell, Jr. “Buddy”, 74, of Bella Vista, formerly of Blytheville, was called to his heavenly home on Tuesday, Dec. 15, 2020. He was born June 29, 1946, to Lloyd G. Russell and Dortha June Robeson-Russell. He grew up in Blytheville and graduated from Blytheville High in 1964. He enlisted in the Navy where he served two years and is a Vietnam veteran. He returned home from the war to help with the family farm. He was a member of the First Presbyterian Church in Blytheville.

Buddy attended Cotton Boll Vocational College where he earned his degree in Architectural Drafting. He eventually became the CAD – “drafting” instructor for the very college where received his degree. He taught from Jan. 17,1983, until his retirement on May 15, 2016 - 26 years. He was loved by his students and took great pride in their accomplishments.

Buddy was a kind loving soul who was loved by many and will be greatly missed.

He was preceded in death by his parents; three wives: Nina M. Rogers-Russell, Linda Russell and Terry Edwards Russell; and a brother, Richard "Ricky" H. Russell.

A memorial service will be held Saturday, May 1, at 10:30 a.m. in Carney Funeral Home Chapel. Condolences may be offered at carneyfuneralhome.com.

In lieu of flowers please send your donations to the ANC Foundation (tax deductible). All proceeds will go to the Promise Scholarship Fund. This fund goes to graduating seniors in Mississippi County who are ineligible for aid, and it keeps them from falling between the cracks and not getting anything. Please put Lloyd G. Russell Jr. “Buddy” in the memo section of your check or you can go to ANC.edu and click donate. https://anc.edu/foundation/index.htm You will need to put Lloyd G. Russell Jr. “Buddy” in the description.