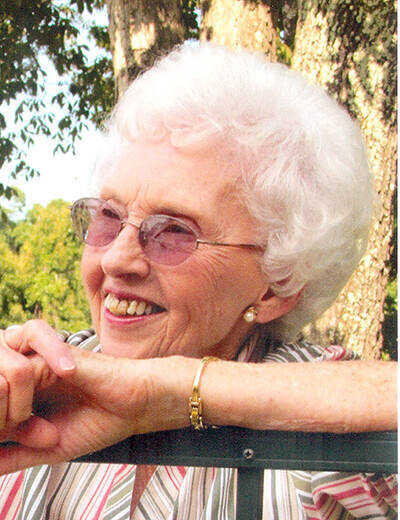 Joan was born in Blytheville to Don and Clara Mae Edwards Lutz, who preceded her in death. She was a graduate of Blytheville High School and worked as a telephone operator for Southwestern Bell. She retired from Eaker Air Force Base after 35 years of service where she served as a switchboard operator. During her career at Eaker AFB, Joan received numerous awards for superior performance from the Department of the Air Force. She loved reading and spending time with her family and friends. Joan’s love of reading led her to volunteer as an aide to the librarian at Blytheville Primary School where she was selected as the 2011 volunteer of the year. Joan was a member of Dell Methodist Church and enjoyed worshiping there until moving to Newark, Del., in 2017.

Joan was also preceded in death by her husband of 48 years, James W. Strickland; and a brother, Larry Lutz.

Joan leaves her daughter, Rebecca Strickland Ayash of Newark, Del.; granddaughters, Sarah Ayash Dodson and husband Sean of Raleigh, N.C., and Kathryn Ayash Sampson and husband Eric of Philadelphia, Penn.; brother, Jerry Lutz and wife Rebecca of Round Rock, Texas, and Holiday Island, Ark.; and a host of nieces and nephews who were very special to her.

Funeral services will be held Thursday, April 15, at 2 p.m. in the Cobb Funeral Home Chapel. Burial will follow in Elmwood Cemetery. The family will receive friends from 1 p.m. until service time at Cobb Funeral Home. The family requests that any memorials in her honor be made to Dell Methodist Church, P.O. Box 295, Dell, AR 72426; Blytheville Public Library, 200 North 5th Street, Blytheville, AR 72315; or the Alzheimer’s Association. Condolences may be expressed to the family at www.cobbfuneralhome.com.