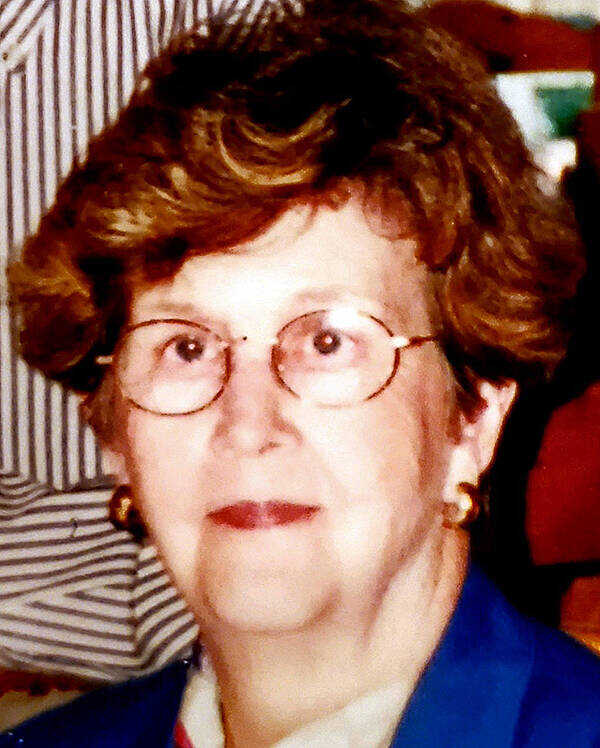 Caroldene Warren Jones, 90, of Memphis, Tenn., formerly of Blytheville, died July 26, 2020, in the home of her daughter (Carol Martin) surrounded by loving family members. The Amedisys Hospice group of Memphis lovingly supported the family during the last months of her life. She was formerly a resident of Kirby Pines LifeCare Community in Memphis. She was born in North Little Rock to Claude and Madeline (Harris) Warren.

On June 12, 1948, she married the late Oran D. Jones in North Little Rock. They were married for 61 wonderful years. As an engineer, Oran’s employment with NIBCO allowed the family to live in different cities in the US: Nacogdoches, Texas; Elkhart, Ind.; Waynesboro, Vir.; and Blytheville, where Oran retired from NIBCO. During retirement, Oran and Caroldene moved to Germantown, Tenn., then to Elkhart, Ind., to be close to their daughters and grandchildren.

Caroldene and Oran cared for their son Joe, who was diagnosed with neuroblastoma at 5 months of age, and then supported him as he battled with scoliosis until his death at age 49. Caroldene, herself, was a breast cancer survivor.

Ms. Jones attended Ouachita Baptist University in Arkadelphia. She was married at 18 years when she fell in love with the handsome WWII Army captain, Oran, and their life journey began. Caroldene and Oran were actively involved church members in each of the cities they lived. Caroldene was an avid student of the Bible, taught Sunday School, led women’s Bible studies, and mentored young women in the church. She frequently expressed her love for Jesus, the Bible, and for everyone else she encountered. In turn, many people loved her and she had many friends. She exemplified the lifestyle of a Proverbs 31 virtuous woman.

Strength and dignity are her clothing; she opens her mouth with wisdom, and teaching of kindness is on her tongue. Her children rise up and call her blessed, her husband also, and he praises her.

As a skilled decorator and seamstress, Caroldene maintained a drapery and decorating business in three of the cities where the family lived. She loved to entertain and frequently hosted visitors, friends and family in each of their lovely homes. She loved children and served as the assistant to the principal at Gosnell Elementary School in Gosnell for several years.

She is survived by two daughters, Nancy (Jim) Hannah of Elkhart, Ind., and Carol (Randy) Martin of Memphis, Tenn.; six grandchildren; and 10 great-grandchildren.

All services are private. In lieu of flowers, memorials may be given to Samaritan's Purse in Boone, N.C. Condolences may be expressed to the family at www.cobbfuneralhome.com.