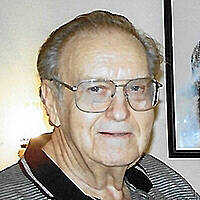 Kenneth Leon Thompson, 85, of Manila, passed from this life Thursday, July 16, 2020, at the Flo and Phil Jones Hospice House in Jonesboro. Born in Leachville, he was the son of the late Rev. Lester and Brilla Croom Thompson and had been a Manila resident since 1982. He was a former member of the Missouri Army National Guard and retired in 1982 from Clarke Forklift Company in St. Louis, Mo. His passion in life was sharing the Gospel of Christ, spending time with family, attending church, working in his yard, singing and fishing. He was a member of Bethany Baptist Church in Manila. In addition to his parents, he was preceded in death by two wives, Freda Thompson in 1992 and Betty Thompson in 2017; one daughter, Barbara Sue Jarvis; and his sister, Jean King.

Survivors include one daughter, Mary Smith of Leachville. He also leaves six grandchildren and 12 great-grandchildren.