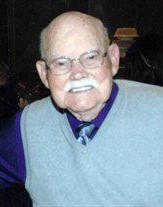 James Vernon "Jim" Davis, 92, of Hemet, Calif., passed from this life Sunday, June 7, 2020, at his home. Jim was born Jan. 28, 1928 in Leachville, the third of 10 children. He grew up in Leachville, moving to Missouri for a short time with his family. He attended school through 8th grade while working on farms with his dad, picking and chopping cotton. After grade school, he worked full time on different farms to help support his family. At the age of 18, he joined the Army and served for two years, mostly in the Philippines. After returning home he married JoNell Mansell and they had two children. In 1949, he moved his family to Michigan where he worked in construction and driving trucks for 10 years. In 1959 he moved the family to California and went to work for Universal Laminates in Van Nuys building cabinets. He worked for them for 10 years before buying the company. He sold the company and retired in 1982 and moved back to Leachville where he continued to build houses among other things. He purchased 80 acres of farmland in Leachville which he leases out and grows cotton, soybeans and peanuts.

His wife, JoNell passed away in 1994 and he returned to California to visit his daughter who introduced him to her boss, Carol Sullivan. He married Carol in April of 1995 and they moved back to Leachville and traveled all over the United States, Canada and Alaska in various RVs, enjoying recreation and volunteering for Habitat for Humanity.

In June of 2000, Jim and Carol moved to Hemet where they lived in Valle Vista for 13 years and continued to travel. They attended Valley Community Church where Jim was active in construction and improvements to the church. Jim's mobility began to decline in 2013 and they moved to Brookdale Sunwest where they enjoyed independent living for six years and then moved into assisted living in October 2019.

Graveside services will be 11 a.m. Tuesday, June 16, at the Leachville Cemetery with Rev. Jason Sutfin officiating. Burial will follow under the direction of Howard Funeral Service of Leachville. No visitation is scheduled. Following State of Arkansas guidelines, face masks must be worn and social distancing will be required at all times.