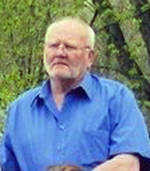 Billy was born in Blytheville to James and Ruth Jones Atkinson and was a retired farmer. He served his county with honor in the United States Marine Corps during the Vietnam War. Billy was awarded a purple heart for his commendable actions during the war and risking his life to protect his brothers in combat along with his country.

He was preceded in death by his parents; sister, Glenda Atkinson Smith; and brother, Terry Mac Atkinson.

Graveside services were held Saturday, June 6, at 10 a.m. in Elmwood Cemetery with Wesley Davis officiating. The family received friends from 9 a.m. until service time at Cobb Funeral Home. Following the State of Arkansas COVID-19 guidelines, no more than 50 people were allowed to gather inside of Cobb Funeral Home at one time and practice social distancing, keeping a 6-foot distance between one another. Face masks are required to enter the building. Condolences may be expressed to the family at www.cobbfuneralhome.com.