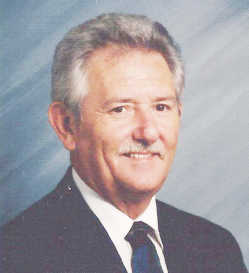 Mr. James A. (Jimmy) Smith, 75, of Blytheville, peacefully passed Tuesday, March 27th at Methodist Hospital in Memphis, Tennessee. Born in Dell, Arkansas, the son of C. A. and Juanita Smith, he was a lifelong resident of Mississippi County and had lived most of his life in Blytheville. He was married to his high school sweetheart, Carolyn Smith, for 26 years and they had 2 daughters during their marriage. He worked at Terra Chemical in Huffman, Arkansas as a shift supervisor. Although the plant went through several ownerships he worked there from the opening in 1965 until it closed in 2003. He had recently moved to Marion with his daughter where Carolyn cared for him until his death.

He served in the Army National Guard, was a member of the American Legion and attended North 10th Street Baptist Church in Blytheville.

In addition to his parents, he was preceded in death by his sister, Gail Cook of Blytheville.

A nephew, Gregg Cook and his wife, Amy, of Helena, Arkansas.

Graveside services will be held Friday, March 30, 2018 at 3:00 p.m. in the Dogwood Mausoleum Chapel in Dogwood Cemetery with Dr. Max Briley officiating. Condolences may be expressed to the family at www.cobbfuneralhome.com.