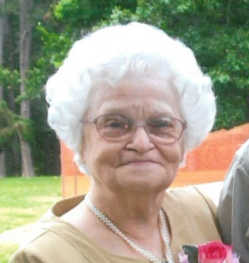 Joyce was born in Sledge, Mississippi to the late Jessie and Roxie (Youngblood) Gilliam. She was a homemaker and a member of Emmanuel Baptist Church. Joyce was a great cook and biscuits were her specialty. Having a giving heart, Joyce was always helping people. If you were hungry, she would feed you. She helped raise a lot of her grandchildren and great-grandchildren.

Funeral services will be held Friday, February 16th at 3:00 p.m. in the Cobb Funeral Home Chapel with Rev. Mitchell King, Jr. officiating. Burial will follow in Dogwood Cemetery. The family will receive friends from 2:00 p.m. until service time at Cobb Funeral Home. Condolences may be expressed to the family at www.cobbfuneralhome.com.