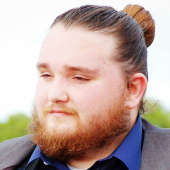 Voters hold the power and only they can make change

If you read my columns you know that I have problems with some of the leadership in Blytheville. If you ask around in Blytheville I think you will find that I’m not the only one who feels that way. In fact I know that I’m not. Recently I was discussing these points with a few people who live here. They were up in arms about the way the city council operates and couldn’t believe that the way they handled “reading” ordinances was legal. After awhile the discussion moved from anger to despair as this group agreed that there was simply nothing they could do to combat this unethical behavior.

That is not true and I let them know it.

Fighting against unethical behavior in a representative democracy is not difficult it is merely time consuming. Voters control whether or not these people get to stay in power (and trust me they WANT to stay in power). But we shouldn’t let them when they won’t put our interest and needs first. We have a neat little trick called voting for their opponent.

And sure you can’t just vote them out at any given time, but we aren’t too far off from another election so just be patient. In the meantime if you don’t like the way your elected officials act or if you simply want to better understand their decision making process CALL THEM. These people have been elected to serve the voters and so in a sense the voters are the ones who hold all the council’s power.

I also mentioned how another way to keep the elected in check is to simply attend their meetings. I know that it is easy for me, a journalist who has to attend to say that you should show up to these meetings, but besides the occasional handful at the full council meeting, there is almost never anyone at a city committee meeting. I also know that these meetings can get scheduled and cancelled at the flip of a coin, but folks that is part of the game that they play. It is not coincidental that even though half the committees don’t meet, the full council still has plenty to discuss at their meetings.

The press is not the army, we are just the alarm. YOU are the army.

I know that at face value it can be easy to say, “what can I do? I’m just one person.” But if you get some of your friends to take issue and make action and then they get some of their friends to do the same, it will only be a matter of time before your unity can make a difference.

The voters posses the real power in every scenario because these people want to stay where they are or move up and they can’t do that if all of their constituents dislike them for being corrupt, dishonest and/or unintelligent. These representatives try to avoid this by always putting everything in a positive light. For example lets say that one of these governing bodies has to purchase something, it doesn’t matter what it is. The first time they mention they might say the purchase is going to cost $70,000 and they have budgeted for $40,000, which means they will have to find the rest of the money elsewhere. The next time they meet to vote on the purchase, they have found a way to bring the cost down to $60,000. They might tell you that its a wonderful thing because they managed to spend $10,000 less than what they thought. However, that $10,000 is not the issue, the issue is the $20,000 they went over the original budget. Things like this happen and if voters call them out on it they might stop doing it.

If you don’t agree with the elected officials in this town or if you think that they aren’t doing their job adequately then all you have to do is make a change and don’t lose hope.