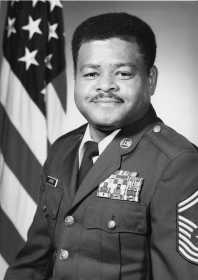 Born December 28, 1947 in Money, Mississippi, he was the son of James Willie Davis, Sr. and Vennie Davis Jones. He was a 1966 graduate of Armorel High School. Following graduation, he enlisted in the United States Air Force, receiving his Basic Training at Lackland AFB in San Antonio, Texas. While serving his country, he traveled extensively to locations such as Thailand, Korea, Guam, Vietnam, Spain, Germany, Japan, the Philippines, Taiwan, Texas, California, Florida, Virginia and upon his retirement Bolling AFB in Washington, DC.

Education was important to Chief Senior Master Sergeant Carpenter, receiving his Associate Degree in Applied Science the Community College of the Air Force, a Masters of Arts Degree from Webster from School of Business and Technology and his Bachelors of Science Degree from the University of Maryland University College.

He is preceded in death by his father; grandparents, Willie and Ellen Davis and Newton and Beauty Carpenter and brother Terry Wayne Davis.

Funeral services for Chief Senior Master Sergeant Moore Joseph Carpenter will be conducted at 2 p.m. on Saturday, November 4, 2017 at Prince of Peace Church, 501 East McHaney Street in Blytheville. Reverend Terrell Rogers is the pastor and Bishop Roy Davis will deliver the eulogy with interment at Arlington National Cemetery in Washington, DC.

Visitation will be held one hour before the funeral services.

McDonald-Horne funeral directors are in charge of services and arrangement.