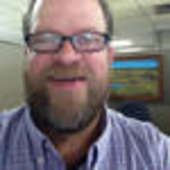 Are intentions as important as results?

“We judge ourselves by our intentions, and others by their actions,” Stephen R. Covey.

Would you employ a surgeon that had the absolute best attitude and terrific intentions - a surgeon that cares far more about the health and well being of his patient than his own personal wealth? What if that same doctor also had a heart for providing medical care to ALL that are ill regardless of their ability to pay – BUT, in the past, when operating on your cousin, cut off the wrong leg? Of course you wouldn’t.

Would you go back to an idealistic and inexpensive mechanic if when you took your car in for a brake job, the mechanic changed out your fuel filter (without consulting you) and did not touch your brakes? Of course you wouldn’t.

Would you automatically forgive the police officer that volunteers all of her time to the community as a mentor and has a real heart for helping people, but arrests the wrong man denying him his civil liberties/freedom or worse yet if she shoots the wrong man simply because she didn’t properly investigate? Obviously not.

So, do good intentions automatically earn forgiveness for mistakes or lack of results? Absolutely not.

I really don’t care one whit about how badly our elected officials want to “just help the people” if they are doing it illegally or unethically. The same goes with the poor “pitifully overworked and under paid” bureaucrat that has been in that same job for thirty years but is wasting our tax dollars. (By the way, if all bureaucrats and government employees are so woefully underpaid, then why do people fight for and eternally keep those positions?)

I can think that our law enforcement officers or prosecutors are swell guys, real pals and the best coffee-drinking buddies I’ve ever known. People that I enjoy spending time with, even hanging out and going fishing with them, BUT, if they fail to get the results of maintaining law and order…it matters not. Their intentions and likeability matters not. Are they getting the results?

While I entirely believe that schools should be sanctuaries of safety and while I absolutely know that the lessons learned at schools go far beyond just reading, writing and arithmetic (for example social skills, how to complete what you start, good sportsmanship, how to become contributing members of society and more); the bottom line is I do not forgive academic failure or fiscal waste just because the school employee (teacher or administrator) is an excellent cheerleader, public relations expert with Mr. Rodgers feelings, rainbow intentions and unicorn dreams. Being a successful school employee is much more than just genuinely caring.

They should not get any more of a free pass than I should when despite my personal obsession with being factually correct in all of my reporting and my having a crusader attitude toward protecting the people, I made the mistake that was clarified in today’s paper. When I mess up, I have to admit it and correct it - no matter how much I intend to be like Bob Woodward, Carl Bernstein, Walter Cronkite or Edward R. Murrow. The real question is not what was in my heart. The real question was, what were my results.

In this particular case I took the necessary steps to not make the mistake, nevertheless I did. Mistakes are going to happen at times and now I own it and apologize for the unfortunate result of my mistake. But I’m not going to stop there. I will now double my efforts to never repeat the mistake. Notice however that I did NOT attempt to spin my mistake by telling you I need a raise, I am tired, I work very hard and my heart is pure enough to pull Excalibur out of the stone. I simply owned my mistake and apologized…I really am sorry.

Mississippi County does not need more cheerleaders and public relations experts – we need performers of excellence…genuine problem solvers. We are all hired to solve a problem, not just to showcase our emotions, hold hands, sing Kumbaya and profess great intentions. We have a job to do, within the laws, regulations, policies, procedures and budgets we are constrained by. And we must produce successful results or own it – but never spin it.

We all know people that coworkers and customers thought were great that nevertheless were correctly fired because they were not solving the problem their employer hired them to solve. Their intentions really didn’t matter – their results did.

We all know that it is said that the road to hell is paved with good intentions, but I insist that so too can be the roads to mediocrity, excuses, corruption and failure. Good intentions are simply not enough, we have to measure success based upon results and if people fail to produce, we need to fire them. I’m obviously not talking about when they make one or two mistakes (unless they are illegal), but I am saying that if we keep people on the payroll that have a history of failure, then that is just dumb.

More from this columnist · Tom Henry