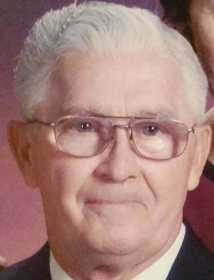 A lifelong Manila resident, Woodrow was the son of the late Charley and Goldia Fleeman Henry and was a 1949 graduate of Manila High School. He was a U.S. Army veteran of the Korean War and later owned and operated Manila Auto Supply for over 30 years. A longtime member of the First Baptist Church in Manila, he had been an ordained deacon for 43 years. He was a member of both the Manila Masonic Lodge #588 for over 50 years and the Herman Davis American Legion Post #197.

In addition to his parents, he was preceded in death by a son, Phillip Henry; and a brother, Glenn Henry.

Survivors include his wife of 56 years, Roann Minirth Henry of the home;

Two sons and daughters-in-law, Stacey and Lisa Henry of Manila and Russell and Charlene Henry of Jonesboro;

One daughter, Marlina Dew of Manila;

A funeral service will be at 2 p.m. Tuesday at the Howard Funeral Service Chapel in Manila with the Rev. Matt Pryor and Paul Wayne Hicks officiating. Burial with military honors will follow in Manila Cemetery. The family will receive friends from 6-8 Monday evening at the funeral home.

A guest register is at www.howardfuneralservice.com.