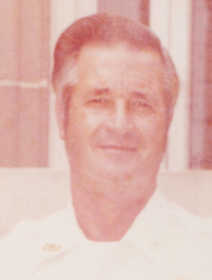 He was born April 6, 1933, in Wilson, to Buford and Eleonor Jackson Boyles. He was a Army veteran of the Korean War, retired from the Fire and Police Department, and was a member of First Assembly of God Church.

He is survived by his wife, Linda Boyles;

One stepdaughter, Tammy Conner of Osceola;

He was preceded in death by his parents; his first wife, Frankie D. Boyles; two brothers, Buddy Boyles and Billy Boyles; and one sister, Elizabeth Conner.

Visitation will be from 2-3 p.m. Sunday at Roller-Swift Funeral Home in Osceola, with funeral service following at 3 p.m. Burial will be held at Mississippi County Memorial Gardens in Osceola.