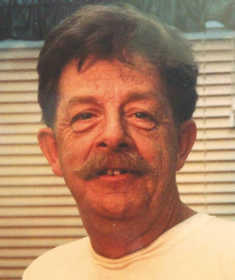 He received his Associates Degree in Engineering from San Jose State College in California. Due to health reasons, he took an early retirement as Dairy Plant Engineer and Millwright.

Dave was a veteran of the U.S. Army and served in Vietnam where he was wounded in battle. He received seven purple hearts and a bronze star for valor. He loved the military.vHe enjoyed TV shows and movies about the military. He was also a history buff.

He was a good fisherman and really enjoyed " fishin." He got annoyed when people said they were going "fishing." He joked, "There's no "g" in "fishin."

He was a good cook who liked all kinds of food, and became very adept at bar-b-queing.

Dave had a passion for music and his taste ranged from opera to blue grass. He was especially fond of Pavarotti.

His favorite hobby was spoiling his grandkids. They were the loves of his life; he adored them. Christmas was his favorite holiday and he loved dressing up as Santa Claus and going to the kindergarten and primary schools to visit the children.

He married Caprice Cain 46 years ago in a civil ceremony. They had another ceremony in the Catholic Church two years later.

In addition to his parents, he was preceded in death by a son, Kevin Cox; and a grandson, Elijah Cook.

He is survived by his wife, Caprice Cox of Blytheville;

One son, Matthew Cox of Blytheville;

One daughter, Ashley (and Gary) Cook of Jonesboro;

Services will be held at Carney Funeral Home. Visitation will be from 5-7 p.m. today with funeral services at 2 p.m. Friday with Warren Watkins officiating. Burial will be in Carney Cemetery. Condolences may be offered at www.carneyfuneralhome.com