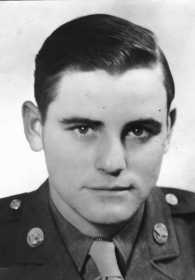 Over 50 years ago, he was united in marriage to Jean Riddick Golden in Piggott, Ark., and was a member of the Church of Christ.

Mac was a World War II veteran and earned his emergency certification through the military. He left school in the tenth grade to join the military and later earned his high school diploma.

Chief Master Sergeant (Ret.) Golden enlisted in the U.S. Army Air Corps in February 1944. He did his basic training in Biloxi, Miss., then proceeded to Denver, Col., for armament school. Most of his first two years, he trained and served as a gunner and togglier in B-24 bomber aircraft.

In 1946, with the war ended, Mac decided to return to civilian life. That lasted less than three weeks.

During his service career, he completed his high school education and went on to complete his Civil Engineering Officer Course.

While in the Air Force, he served tours of duty in Germany, Japan, Alaska, Bermuda and Thailand, as well as in several locations in the United States. During these tours of duty, his primary duty was maintenance, repair and construction of air base facilities. One such base is located nearby, Blytheville Air Force Base, or Eaker Air Force Base, as it was later renamed.

He was a veteran of the World War II, the Korean War and the Vietnam War.

He received many awards and commendations during his military service including the World War II Victory Medal, German Occupation Medal, Korean Service Medal, Vietnam Service Medal, Republic of Vietnam Commendation Medal and his highest award, the Bronze Star. He received the Bronze Star during the Vietnam War when he designed a system to expedite the construction and placement of temporary emergency runways for combat aircraft.

After 26-1/2 years, Mac retired from the Air Force and began his new career as a civilian.

With his passing, another member of the "Greatest Generation" was lost.

He leaves behind two sons, Steve Golden and his wife, Renee, of Steele, and Richard Golden of Kennett, Mo.;

Two daughters, Deborah Burton and her husband, David, of Steele; and Carol Golden of Steele;

Powell Funeral Home was in charge of arrangements. Please relay condolences at www.powellfuneral.info