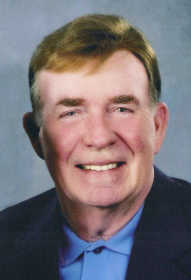 Mr. Charles Robert Hinson, while surrounded by his dear family and friends in his home, passed peacefully to be with our Lord Tuesday, Sept. 20, 2011.

Charles was born in Blytheville and was a lifelong resident, graduating from Blytheville High School with the class of 1954. He established Hinson Sign Company in 1955 and was a retired civil service employee at Eaker Air Force Base. Charles served in the National Guard in 1957 and during that time, was deployed to Central High School in Little Rock, when the school was integrated. He was awarded a scholarship to Ringling Brothers Barnum and Bailey School of Arts, and attended Memphis Academy of Arts. Charles was a member of the Blytheville Chamber of Commerce and the First Baptist Church.

Preceding him in death, were his parents, Robert Harold and Ellen Ezelle Fraser Hinson, and an infant daughter, Sharon Lee Hinson.

He leaves his wife, Carole Ann Ladner Hinson of the home;

A son, Dale Robert Hinson, and his wife, Teresa, of Blytheville;

A brother, Billy Hinson, and his wife, Bonnie, of Conway;

His endeared brother in law, Doug Ladner, and his wife, Carol of Maumelle;

An aunt, Gene Hinson of Paragould;

Condolences may be emailed to cobbfuneralhome@sbcglobal.net