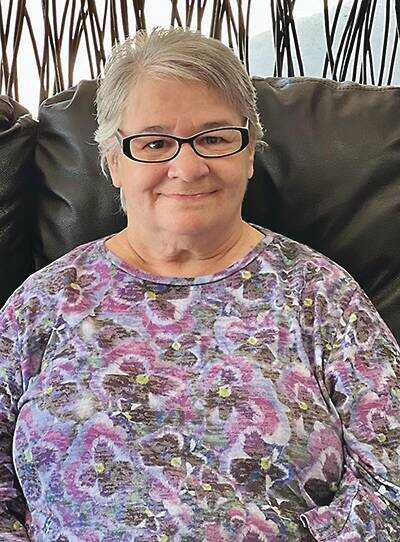 Janet Sue Bryant, 65, of Blytheville passed away surrounded by her family on Thursday, July 28, 2022.

Janet was born in Harvey, Ill., to James and Evelyn Sampognaro. She spent her childhood with her younger sister and best friend Jo Ellen by her side. Her Catholic upbringing was a cornerstone of her childhood.

Janet had seven children. She worked on various higher education paths and was a caring and devoted home healthcare aid. Janet loved her 20 grandchildren deeply and cared very much for animals including her dog, Jewel, and parakeet Tootsie. Janet spent her free time knitting, crocheting, sewing, reading (especially Stephen King) and collecting vintage and handmade treasures. She loved unconditionally and always saw the best in people. She spent many years with her husband Terry.

Her death was preceded by her parents; a grandson, Benjamin Burks; her brother, James Sampognaro; and her sisters, Joan Hernandez and Joyce Balducci.

A memorial service will be held on Saturday, Aug. 13, at 4 p.m. at Greater Vision church in Blytheville. Condolences may be offered at carneyfuneralhome.com.