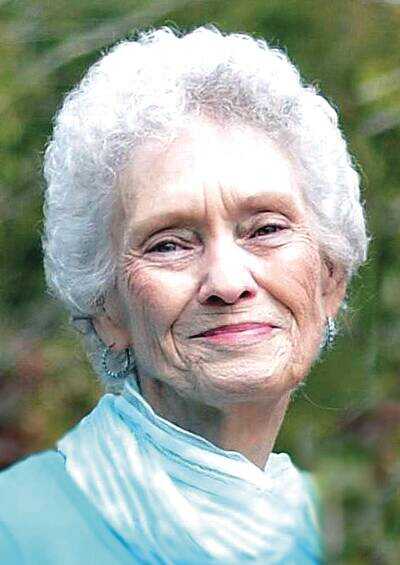 Rebecca June Lovelace, 83, passed from this life at General Baptist Nursing Home in Piggott on June 8, 2022.

June graduated from Deering High School. Given her quiet demeanor, many may be surprised to learn she was a cheerleader during her high school days. She had a heart of kindness and generosity. Somehow, animals in need of help or a home knew how to find her. She often provided meals to those passing through and a loving home to many animals that needed it.

She was an avid reader and enjoyed antiquing, crafting and sewing. She found beauty in nature and appreciated the “simple things” of life. That’s not to say she didn’t like a little bling. She believed practically anything could be improved with some sparkle.

June and Bill met while they were working for Ark-Mo Power Company. She later worked as a teacher’s aide and a pharmacy technician. However, she valued her family and living a Christian life above all. Her role as a wife and mom were her most rewarding, but they didn’t compare to the day she became a grandmother and earned the name Meme.

June was preceded in death by her parents, Annie and Bill Neel, Jr.; brother, Billy Neel, and her husband of 56 years, Bill Lovelace.

Hoggard & Sons Funeral Home of Piggott is in charge of the arrangements. Visitation is Friday from 2-3 p.m. at the funeral home.