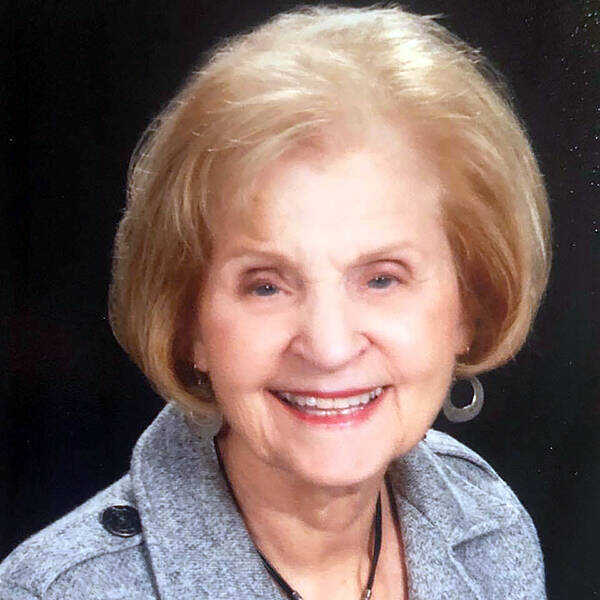 Lue Owens Reid, devoted daughter, wife, mother, sister and friend, died unexpectedly at her home in Blytheville on Oct. 21, 2021. Born in Blytheville, the daughter of Samuel Clifton and Laura Britt Owens, Lue remained true to her hometown for her entire life. She was an honor graduate of Blytheville High School, where she was also a cheerleader and president of the Red Pepper Club. She worked on weekends and in the summers as a cashier in her dad’s store, Owens Drug Store. Lue went on to graduate from the University of Mississippi where she was a member of the Chi Omega Sorority before teaching English at West Memphis High School and English and Spanish at Senath, Mo., High School. She married the love of her life, Richard A. Reid, a Blytheville attorney, in 1961, and remained devoted to him until his death two years ago.

Together Dick and Lue had three sons. When they were young, she retired from teaching to become a fulltime mother and community volunteer. As her sons grew older, she followed her desire to work outside of the home and accepted a position with Crowley’s Ridge Development Council, and as a drug counselor for Blytheville. She received her real estate license when she was 48, and worked as a real estate associate for the next 20 years, also serving as president of the Blytheville Board of Realtors. Her civic calling continued, including a life member of the Blytheville Junior Auxiliary; a member of the Board of Directors of the Blytheville Fine Arts Council; an active member and leader of Chapter D PEO, in addition to serving on the state PEO board and as state president of the Arkansas State Chapter PEO in 2000-2001. Lue also was a member of the Blytheville Rotary Club; member of Charlevoix Chapter DAR where she served as chapter regent and once presiding over a countywide program honoring Vietnam veterans and the military men and women who were dear to her heart for their sacrifice. Lue nurtured her interest in politics and once served as an elected state committeewoman for the Arkansas Democratic Party. She was an active member of First United Methodist Church where she was a youth Sunday school director, Bible school teacher, Women’s Circle group teacher and served on the church’s finance committee. She was chairman of Lenten services for two years. Lue and her husband later joined Blytheville First Baptist Church where she was a Sunday school teacher for older women, taught a fellowship class, and co-taught the Seekers Sunday school class.

She also was organizer and facilitator of three Beth Moore Bible studies for women held at First Baptist Church, which was popular and attended by members of other churches that came to learn. Lue participated in six mission trips, including New Orleans after Katrina, Mexico and Costa Rica. Lue was an avid tennis player, and later in life learned to play duplicate bridge and enjoyed playing in tournaments in Jonesboro and Memphis. Despite her many activities, Lue made sure that her family came first. Lue also was preceded in death by her son, Gregory Owen Reid.

She is survived by her sons, Richard A. Reid, Jr. (Barbara) of Jacksonville, Fla., and Steven Bray Reid of Memphis, Tenn.; her brother, Britt Owens (Pat) of Decatur, Ala.; and her identical twin sister, Sue Coleman (Don) of Lakeland, Fla.; and her many friends who helped Lue enjoy her 83 years in Blytheville to the fullest.

The family requests that memorials be made to the First Baptist Church in Blytheville AR 72315, or to ANC Foundation in honor of Lue Reid, Chapter D PEO, Attn: Rachel Gifford, 2501 South Division Street, Blytheville, AR 72315. Condolences may be expressed to the family at www.cobbfuneralhome.com.