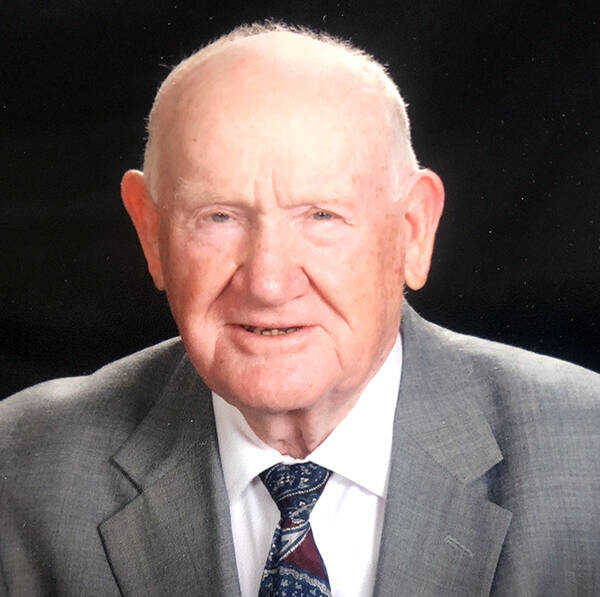 Junior Ace "Red" Palmer, 94, of Paragould, former longtime Monette resident, passed from this life Monday, March 22, 2021, at Monette Manor Nursing Center. Born in Bell City, Mo., on March 14, 1927, to the late Henrietta Wright and Marion Lloyd Palmer, Junior was still in high school when he was called to serve in the U.S. Army near the end of World War II.ÝHe served from July 1945 through December 1946, and much of his military service was in Heidelberg, Germany.ÝAfter returning from the military, Junior graduated from Arbyrd (Mo.) High School in 1947.ÝHe married Ruth Zenobia Hueter in July 1949, and their union lasted until Ruth's death in April 1998.ÝJunior worked as a service station attendant as a teenager until his mid-20s, and later worked as a John Deere equipment salesman for Missco Implement in Monette for several years in the 1950s and '60s.ÝFrom 1966 through the mid-1980s, he and Ruth operated Palmer's Dry Goods in Monette.ÝIn 2002, Junior married Carolyn Long Hardin of Paragould and they became members of the 7th and Mueller Church of Christ in Paragould.ÝPrior to that, Junior was a member of the Churches of Christ in Leachville and Monette.

Funeral services will be 10 a.m. Friday, March 26, at the 7th and Mueller Church of Christ in Paragould with Mr. Joe Palmer officiating.ÝA graveside service will follow at 2 p.m. at the Monette Memorial Cemetery. The family will receive visitors from 6-8 p.m. Thursday at the church.ÝThe family prefers memorials be made to a Church of Christ near the donor or a children's charity or educational institution affiliated with the Church of Christ.ÝArrangements are under the direction of Howard Funeral Service of Leachville.ÝOnline guest register: www.howardfuneralservice.com