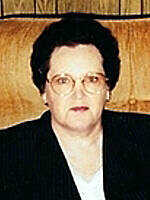 Doris Marie Bandy, 84, of Leachville, died Monday, Jan. 11, 2021, at the Arkansas Continued Care Hospital in Jonesboro. Born in Manila to the late J.J. and Margie White Wilson, she was a 1955 graduate of Manila High School and had been a Leachville resident since 1964. She was a longtime employee of the former Brown Shoe Company in Leachville and later retired from Frolic Footwear in Monette. Doris was a member of First Baptist Church in Leachville and was active in the Hannah Sunday School Class. She was an avid quilter and enjoyed sewing for her friends and family. In addition to her parents she was preceded in death by two brothers and a sister.

Graveside funeral service will be 1 p.m. Thursday, Jan. 14, in the Leachville Cemetery with Pastor David Price officiating. The family will receive visitors Wednesday evening from 6-8 at the Howard Funeral Service Chapel in Leachville.