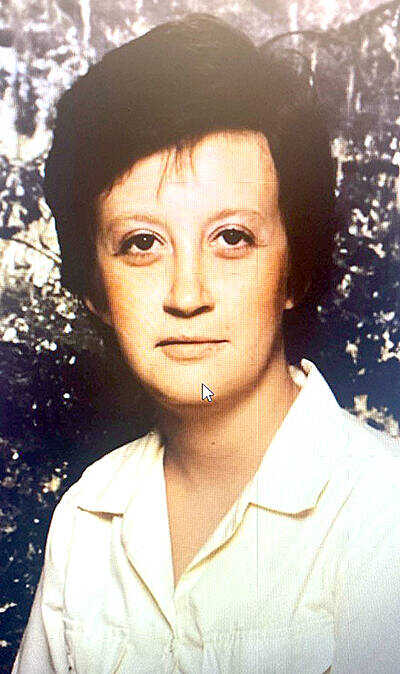 We regret to announce the passing of Kim Warrenfells (Potter), 56, of Blytheville, on Dec. 26, 2020. Kim passed away peacefully, surrounded by her loved ones, after a valiant battle with several debilitating illnesses. Her loss was completely unexpected and the family is shocked and deeply saddened.

Kim was born May 7, 1964, to Leon and Marjorie Potter in Blytheville at the old Chickasawba Hospital. Kim attended Blytheville High School and was a 1982 graduate. After graduating high school, Kim married Mike Warrenfells Sr. and together they had one son, Mike Warrenfells Jr. Tragically, Mike Sr. passed away in 1989.

In June 1994, Kim met the love of her life, Robin Matoushek, at Christ the King church in St Louis, Mo. On December 16, 1994, the two were joined in Holy Union and soon relocated back to Blytheville, where they remained until the time of her passing.

Kim went on to earn her degree in accounting from Cotton Boll Technical Institute, and she worked as an accountant at Baptist Memorial Hospital for many years. She was very passionate about her work and the people she worked with. To her, they weren’t just coworkers, but friends.

Anyone who knew Kim knew that she was a kind, loving, caring, and awesome person who never met a stranger. She treated all of her friends as family, and never hesitated to help out where she could if they were in need. She had an immense passion for the Dallas Cowboys, even in their bad seasons, and was always a source of positivity. It was expected to hear her exclaim “How bout them Cowboys!” at least 137 times every season. She could also be observed throwing things in the direction of the TV after a bad call or missed field goal. She was quick to tell anyone who would listen that the reason there was a hole in the roof of Texas Stadium was so that God could watch his favorite team play. Kim’s other passion was that of her animals. She had taken in several strays over the years and cared for them deeply. Kim’s family and friends will miss her more than words can say.

Kim was predeceased by her parents, Leon and Marjorie Potter, and her siblings, Jerry Potter, Jimmy Potter and Cynthia Doherty. She is survived by her spouse Robin Matoushek; her only son and his wife, Mike and Jessica Warrenfells; her two grandchildren, Logan and Diem Warrenfells; as well as nephews, Joey Potter, Randy Gilmore and Steve Potter, and niece Gini Potter.

Kim was a private person who did not wish to have services. In lieu of flowers, please consider a donation to the Blytheville Humane Society or your local humane society.

“For long you’ll live and high you’ll fly, and smiles you’ll give and tears you’ll cry, and all you touch and all you see, is all your life will ever be.