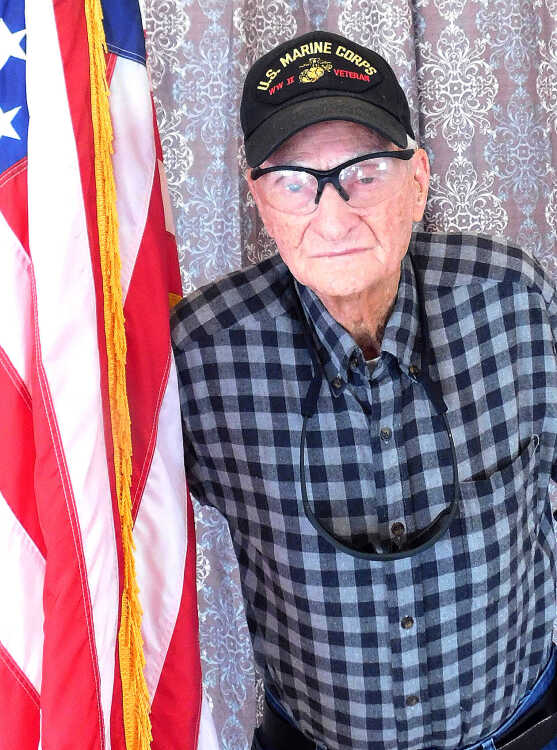 John Haskin Mitchell, 94, of Manila went home to be with his Lord and Savior Jesus Christ on Wednesday Nov. 11, 2020. He was born Aug. 29, 1926, to Roy Landis and Rebecca Thompson Mitchell in Chigger Ridge, near the Promised Land community outside of Blytheville.

He was a WWII veteran and joined the Marines in January 1945. He was stationed on Guam in the South Pacific. During the war he was a rifle marksman and warehouseman. He was also a member of the American Legion. He married Annabell Lutes on Dec. 2, 1950. He worked for many years at the Federal Building in Blytheville for the General Services Administration and retired in January 1990.

John repented of his sins and placed his faith in Jesus Christ and was baptized on April 30, 1950. He was a faithful member of New Liberty Baptist Church for over 60 years and served as a deacon, Sunday school teacher and choir member. He and Annabell moved to Manila in 2014 and joined First Baptist Church. One of his greatest joys was to tell others how they could have a personal relationship with Jesus Christ. He and Dr. D.J. Brewer shared the good news of the gospel with many in the Blytheville area.

He was an avid quail hunter and loved to fish for crappie. He coached pee wee, little league and Jr. Babe Ruth baseball. He was a great example to many young boys that he coached over the years. He loved to tell stories of his childhood during the great depression and enjoyed attending his grand and great-grandchildren’s ball games. His favorite baseball team was the St. Louis Cardinals. In later years he enjoyed playing bean bag baseball at the Senior Citizens Center in Manila.

Graveside services for the immediate family will be held Friday, Nov. 20, 2020, at Elmwood Cemetery in Blytheville. Due to the Covid-19 pandemic, a celebration of life memorial service will be held at a later date.

Carney Funeral Home is in charge of arrangements.