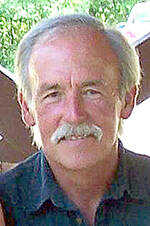 Kelly Crites of Trumann departed this life on Friday, Sept. 18, 2020, at Flo & Phil Jones Hospice House in Jonesboro at the age of 69 years, 9 months, and 28 days. He was born Tuesday, Nov. 21, 1950 in Leachville and lived most of his lifetime in Trumann. He was self employed and a veteran of the U.S. Army. He was preceded in death by three brothers, Lyman Crites, Jr., Tommy Crites and Billy Nobel; four sisters, Betty McNeil, Edia Orr, Rita Todd, Veeta Stanley; and his parents, Lyman Ellis, Sr. and Christina Marie Kelley Crites.

Memorial service will be at a later date. An online register book can be signed at www.thompsonfuneralhome.net.