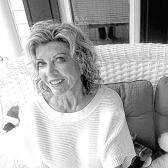 It's with heavy hearts we announce the passing of Terri L. Bell.

Terri was born Nov. 30, 1954, to Sybil Channel and Jesse Willard Scott. While she grew up working the cotton fields around Holland, Mo., she was always determined to have more for her family. In 1995 Terri married Aubrey Bell and moved to Charleston, S.C. She began a successful career in radio sales and eventually opened her own advertising agency, TRW of Charleston. She was an avid golfer and often times could out drive the guys! She was strong, a fighter, determined, brillant, funny and beautiful. That's why almost everyone she met fell in love with her and her spirit.

She leaves behind her loving husband, Aubrey of North Charleston; her daughter, Brooke Katz of Fort Worth, Texas; her son, Scott Teeter, daughter-in-law Megan Teeter, and grandson Cameron Teeter, all of Lee's Summit, Mo.; her stepson, Justin Bell of Blytheville; her stepson, Jon Aubrey Bell of St. Louis, Mo.; and her stepdaughter, Stephanie McDaniel of Jonesboro. She also leaves behind several siblings, Kay Bell of Nashville, Tenn., Dennis Scott of Ackworth, Ga., Doris Hampson of Portageville, Mo., and Veneda Green of Gosnell. She was preceded in death by her brother, Jerry Scott. She has several grandchildren, friends and family who will always love her deeply.

Services were held at 2 p.m. Sunday, Aug. 30, at Coosaw Creek Country Club. In lieu of flowers, donations can be made to Hollings Cancer Center, an organization very close to her heart. You can also make donations to The Children's Tumor Foundation, the largest private funder for research into neurofibromatosis. Direct donations specifically for NF2 research can be made here: ctf.org/terriscottbell. For those who could not make the services, we ask that you raise a glass of your favorite Pinot Noir in Terri's honor.